Article: Nuns in Action – A Graphic Investigation into a Graphic Issue 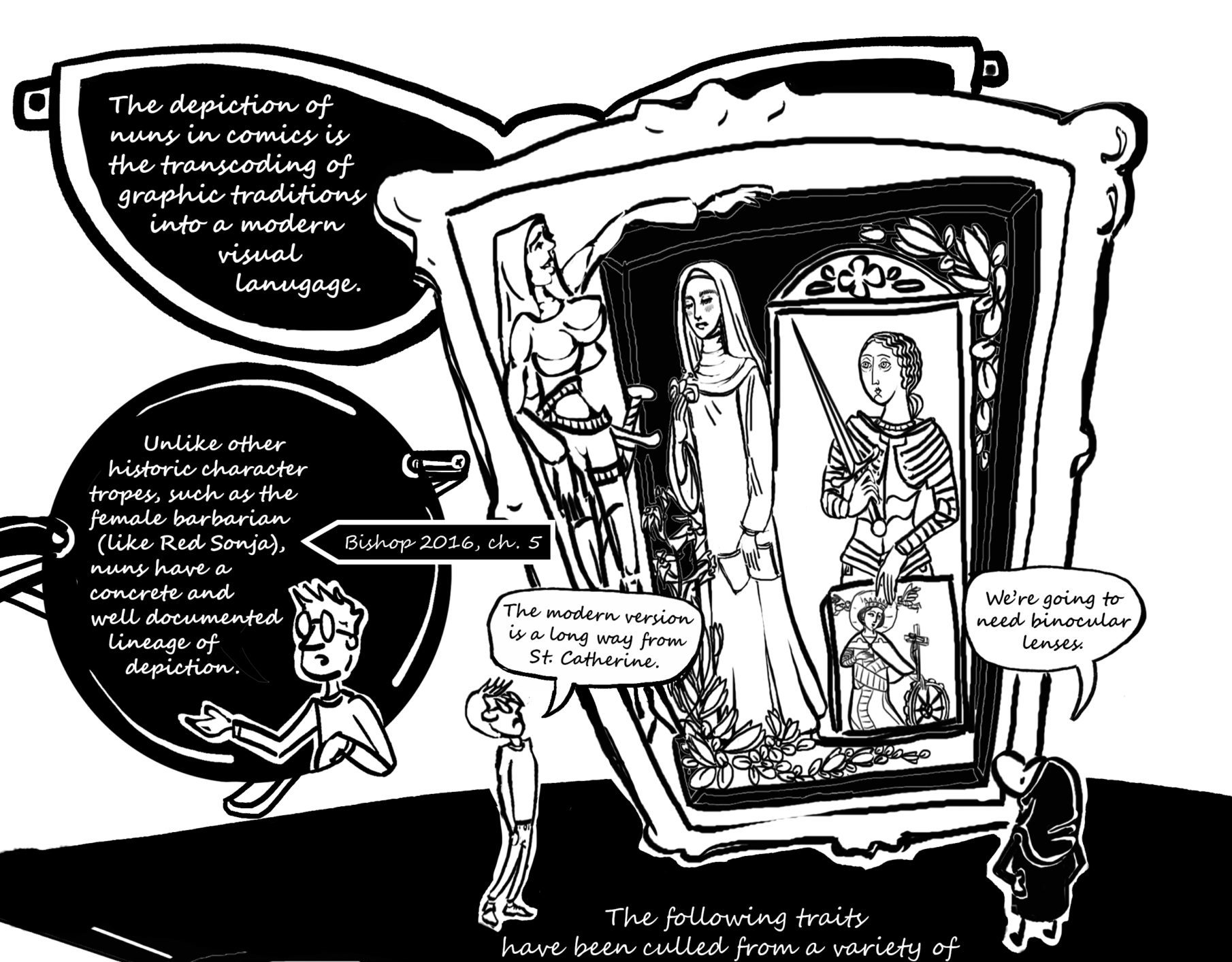 A graphic article in Comics Grid – read it online here and there’s also a link to download the pdf.
This article in comics form looks at the phenomenon of nun characters appearing in contemporary comics as a unified trope. Appearing with a strong degree of uniformity, these stock characters share a unique costume, weaponry, repeated storylines, and most importantly, are couched in medievalism. To explain the development of these characteristics, which can seem wholly contemporary, the comic looks back at the textual and visual representation of nun and religious female characters —such as saints— from their early medieval origins, through their visual recodification in the Victorian era, up to applications of the nun character in the twentieth century. Examining this issue from different perspectives, this article argues that despite the presence of nuns in the contemporary world, the stock character in comics is dependent on some degree of medievalization, and maps these characteristics as they evolved over time, finding that, thanks to the medievalization itself, nun stock characters present a unique model of superheroine in comics.
Illustrated by yours truly.